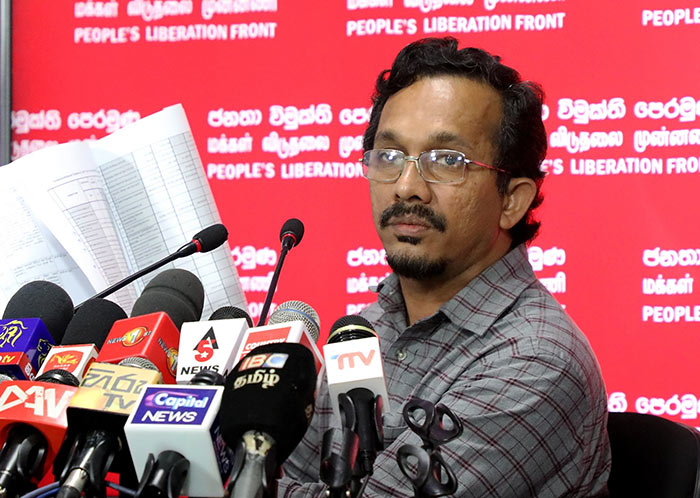 The Janatha Vimukthi Peramuna (JVP) charges the government of concealing the true financial figures of the country.

Speaking during a conference in Matara Former Parliamentarian Sunil Handunnetti said the public will have to face the consequences of the move by the government.

He claimed senseless matters are being discussed in Parliament at present, adding that the government income and expenditure or the legal framework to obtain loans during this period are not being clearly stated in the 2021 Budget proposal.

He added however that the solution is not to conceal the truth about the extent of the crisis but to acknowledge the economic decline and work towards resolving it.

The former MP also claimed the present government has no programme apart from imposing taxes on the public.

Handunnetti said restricting imports and imposing taxes won’t strengthen the economy adding that it is not an income target and there is no programme to receive that income.

He added according to the Budget proposal new ways have been introduced to pay income taxes where employees can inform the relevant organization and allow the sum to be deducted from the salary.

The former MP however noted there is no benefit in imposing taxes if people don’t receive an income.

He claimed the government is planning on including everyone in the tax trap without providing them with a feasible income.