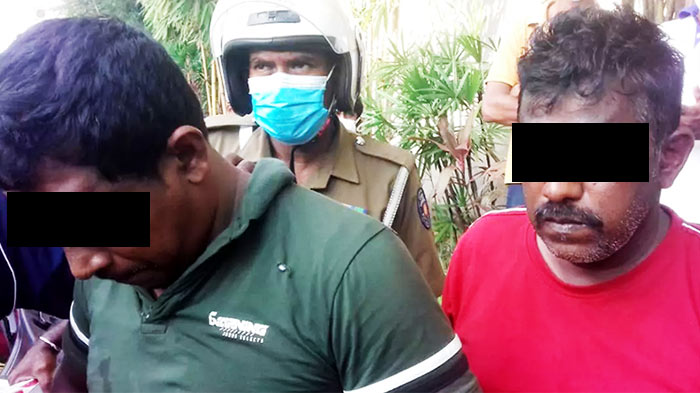 The incident had taken place at a JVP meeting in Kalagedihena, Nittambuwa.

Police said that the two men attacked the vehicle with eggs after it was parked outside the venue and after Dissanayake had entered the premises.

The two men were detained by the organizers and handed over to Sri Lanka Police who later admitted them to the Wathupitiwala Hospital.