JVP: This is not the time for PC polls, government should deliver constitutional reforms 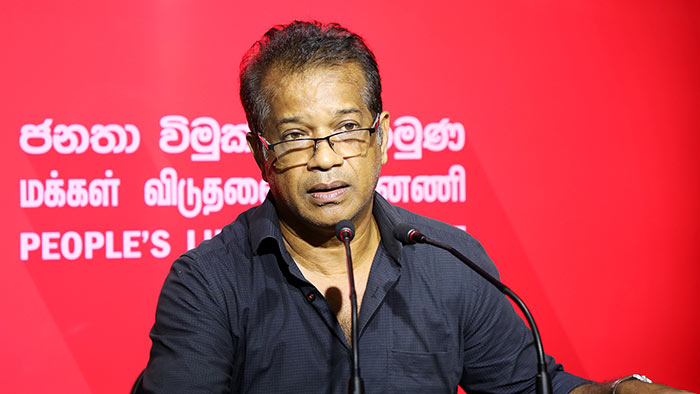 The JVP yesterday urged the government to deliver the promised constitutional reforms this year and address the key issues such as provincial council system, instead of holding an election amidst the current national health crisis.

JVP politburo member and trade union wing leader K. D. Lalkantha, addressing the media at the party headquarters in Pelawatte, said that the government had promised to find solutions to issues such as provincial councils.

“We are a political movement and we have policies, one being that we are against the division of this country. We make our political decisions on that basis. It is the government that promised to bring a new Constitution to find a solution to the provincial council issue. Holding elections to the provincial councils is not the right thing to do, given the way the pandemic is raging across the country.

Lalkantha said that the government did not have a clear-cut policy with regard to anything and that had been the reason for the prevailing mess in politics and controlling the pandemic.

“It managed to take control of the first wave of the pandemic. We appreciate it though we have reservations and criticisms of the way the government allowed the virus to enter the country. It lost its grip over the second wave. Now, the pandemic has entered Parliament; the army and doctors are getting infected by the virus. Those who drank the Dhammika Peniya are getting infected. This is a serious situation and provincial council elections are the last thing the country needs,” the JVP stalwart said.

1 Response to JVP: This is not the time for PC polls, government should deliver constitutional reforms

Home » JVP: This is not the time for PC polls, government should deliver constitutional reforms