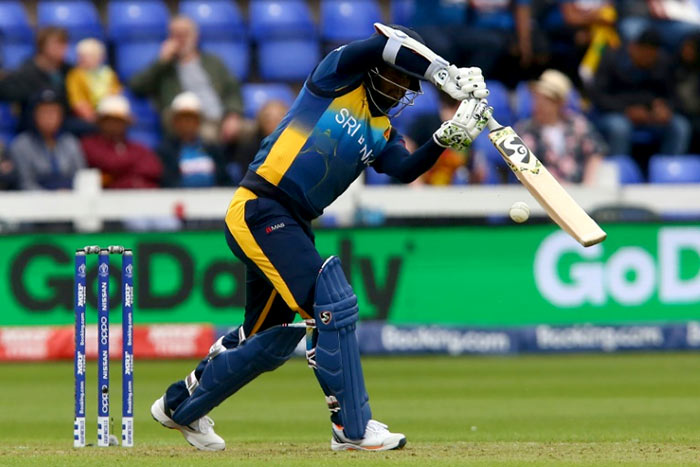 Dimuth Karunaratne insists Sri Lanka can end their wretched World Cup record against Pakistan when they clash in Bristol on Friday.

Pakistan have won all seven World Cup encounters against Sri Lanka dating back to the inaugural World Cup in 1975.

But Sri Lanka are optimistic afte recovering from a crushing 10-wicket defeat in their opening match against New Zealand.

A hard-earned 34-run win against minnows Afghanistan lifted Sri Lankan spirits, although Karunaratne acknowledges they still have room for improvement.

The next test for the 1996 champions comes against an unpredictable Pakistan side who were bowled out for 105 in their opening seven-wicket defeat against the West Indies before a shock 14-run victory against hosts and tournament favourites England.

Asked on Thursday if Sri Lanka’s past struggles against Pakistan could be a mental barrier, captain Karunaratne told reporters: “We may not have won against Pakistan in the World Cup but it doesn’t bother us.

“It’s just another one-day international for us so if we perform well on that day we can win.”

Karunaratne admitted his team were low on confidence after being shot out for 136 by New Zealand, but he believes they have more than enough talent to see off Pakistan

“Pakistan is an unpredictable team but we are also coming into this game having won one and lost one. We were low in confidence but we will give our best shot out to beat them,” he said.

Sri Lanka will have to guard against another middle-order collapse, which derailed their good starts in both the matches, a weakness Karunaratne hopes will be addressed.

“We have some areas to improve in batting,” said Karunaratne, whose team slumped from 144-1 to 201 all out against Afghanistan.

“We need to focus on those things and make sure it does not happen in the Pakistan match. But the win has, overall, boosted our confidence.”

Karunaratne also gave his backing to veteran Angelo Mathews, who has been dismissed without scoring in both World Cup games.

“He is a cricketer with a lot of experience and has faced similar kind of situations on a number of times so I don’t think it will be a problem for him to come out of it,” Karunaratne said.

Sri Lanka are likely to bring in all-rounder Jeevan Mendis into the team on Friday.