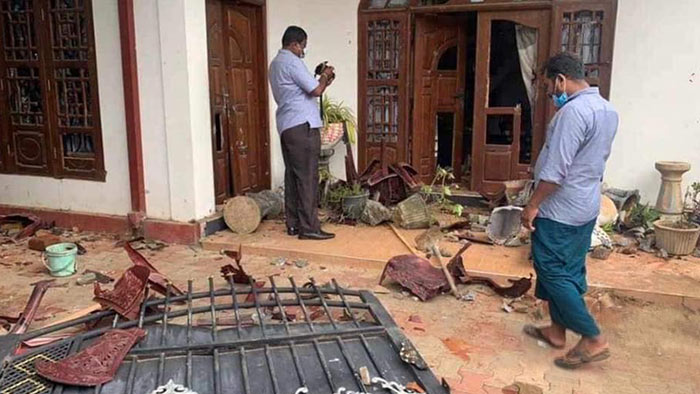 The residence of Sri Lanka Muslim Congress MP M. S. Thowfeek in Kinniya has been attacked by a group of residents.

The attack was carried out following the outrage that sparked over the ferry mishap in the Kurinjankerni lagoon in Kinniya which killed six people, including four children and 20 others were hospitalised this morning (23).

The MP’s house was severely damaged in the attack.

The ferry was being used to transport people due to repairs being carried out on the Kuringankerni Bridge in Kinniya.

Residents in the area staged a protest claiming that the authorities had not implemented a proper programme to prevent such accidents during development projects.