Kurunegala doctor must be hanged if he performed illegal sterilization – Marikkar 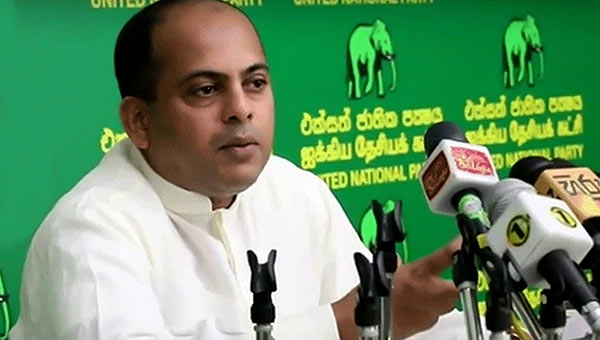 UNP parliamentarian S. M. Marikkar says that the President has the responsibility to carry out a formal investigation against Minister Rishad Bathiudeen.

Marikkar pointed out that the doctor attached to the Kurunegala Hospital was arrested over the suspicious nature in which he had amassed wealth and that, if the said the doctor had carried out illegal sterilization on mothers during caesarian surgeries, he should be hanged for his crimes.

As the emergency law is in effect, all who are arrested are investigated under the Terrorism Act; therefore those are not terrorists are also labeled as terrorists, the MP stated.

When they catch a person with a lot of wealth, he is not arrested under money laundering but under terrorism, he pointed out.

The President should be taking action with regard to the case of Minister Rishad Bathiudeen and if he has committed a wrongdoing, he should be jailed instead of presenting a no-confidence motion, said the UNP MP.

Even if I must be investigated if I have done something wrong and if not, the innocence must be proven, he further said.