Law students can be assisted to learn English – President 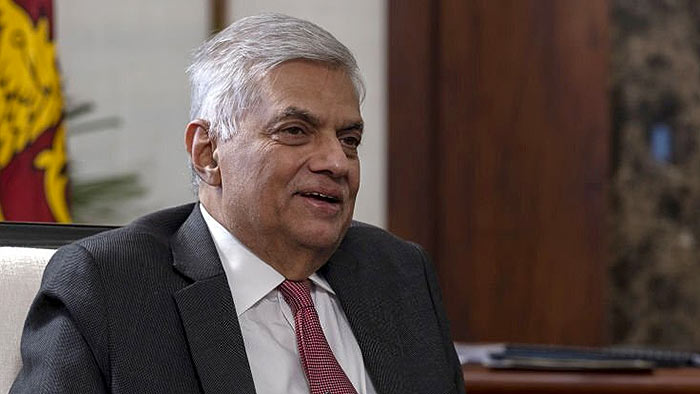 The government is ready to assist law students to improve their English language education, President Ranil Wickremesinghe said in Parliament on Thursday (December 1).

He made this observation in response to a query made by Samagi Jana Balawegaya ParliamentarianIshak Rahuman. He said that the Law students at the Law College have requested permission to sit the exam in their mother tongue. The students have met the Minister to discuss this matter but they have not been given a favourable solution. What will be the solution from those students?.

He said that he was prepared to assist those who need to improve their English Language knowledge. The Government is prepared to bear a proportion of the burden.

Formulation of a national Policy for preschool education is in progress, President Ranil Wickremesinghe said.

He made this observation in response to a query made by Sri Lanka Podujana Peramuna Parliamentarian Dullas Alahapperuma who raised the issue of preschool education and queried if the Green University could be granted a relief in which 11,000 students are studying. He said that the Green University was established through a loan of Rs. 8.6 billion. He added that the institute faces a financial issue as the interest rates have been increased. He said that it saves a large sum of money flowing out of the country, adding that if this university had not been established, more than 80 percent of those students might have migrated.

The President said that formulation of a national Policy for preschool education is in progress. He added that it would focus on the day care centres as well. He said he would look into the NSBM matter and proposed to upgrade the Green University. He added that the matter of its board of trustees should be discussed as well. He asked to take the required steps following discussions with the Education Minister.

MP Eran Wickremaratne raised the issue about female representation and the system that could be adopted to ensure the inclusion of females.

Responding to MP Eran Wickremeratne on female representation, the President said, “My view is that we will all have to decide. I don’t think the present system will work. We can’t do this through a preferential system. It’s out of the question. People can’t afford it. So you have the mixed system or a list system. If you are going to allow young people, women and all to come, they haven’t got the money to be spending on this. We should have a list system and it should be compulsory for every party to put one of the first three people as a woman. You can manage it one or two out of the first three can get elected. If you want to have other members also, now you have 22 members who are elected on the basis of the districts, there will be 22 bonus members. Let us put 75 bonus members.

Make it sub-districts so Colombo will have about 5-6 different areas. But then use the rest of it, in my view, to specify young people, above a certain education level and qualification for women. You use your list to get them all in.

The other one is to go for the mixed member system. But you can’t do it there; you’ll have to decide among yourselves. That is why I told Hon. Minister Wijayadasa Rajapakshe to put his select committee, so you can decide and come back. If we can’t agree we will have to go to the country. We can talk, I am willing to talk and with such a system we can get the different categories in. The country wants that system so let’s see how it works.

The President responded, “ What I say is to establish a non-governmental division. It could be for profit or one from outside. There should be some sort of mechanism on how decisions should be taken. Trade Unions, Government Medical Officers Association and the Frontline group are said to oppose this. But at that time I think Minister Rajitha Senaratne said no, he will take this forward. The

The Minister of Higher Education also said no he will take this forward. Subsequently they went separately and met the President and discussed it. That is where the issue started. That is why I say we don’t need such a discussion. I did not want a discussion. There are claims that the students have taken over the university. How can a 35-year-old man be a university student? At the age of 31, some of us here were working at Sirikotha.

So let’s stop this and talk about it. MP Kiriella says he is willing to support it. I don’t think there is anyone against it. We need to ask the Viyathmaga group. Those like Gunaruwan are talking about it.

Don’t ask me. Even Mr. Nirmal is talking about it. I say let’s sit and do this. My question is why do parents sell their property and send their children to private universities?

On behalf of the government, I am willing to grant loans to students irrespective of whether they are rich or poor on a concessionary basis like they do in America.

If some students are unable to pay due to their families being poverty stricken, then we will directly give them a grant in addition to the loan. We are willing to do that. Education is a universal access.

People must have universal access. What we are doing to students is a crime. Other countries subsidize the students, but we subsidize the universities. There are faculties that go ahead and they are not ready for the job market.

If they do a business, we should collect taxes from them even if it is a university. VAT should also be added. The same people who are in universities take classes for external degrees. They are lecturers at these state universities. This is the contradiction and hypocrisy here. Let’s discuss it and come to an agreement on what to do. Shall we discuss it?”

He told Kiriella, “Then you and I were of the same opinion. Even now you and I have the same vision. Everyone on the government side is of the same opinion regarding this. Do not discuss with the frontliners who speak against it. You came from the United National Party (he told Kiriella). We are those who accept the social market economy. So let’s resolve this issue based on the principles of social market economy. Why should we discuss this with those who do not accept the social market economy? Irrespective of who comes to power next, we should have resolved this issue. Now all Ihave left to do is to rehabilitate the SJB.”

Home » Law students can be assisted to learn English – President