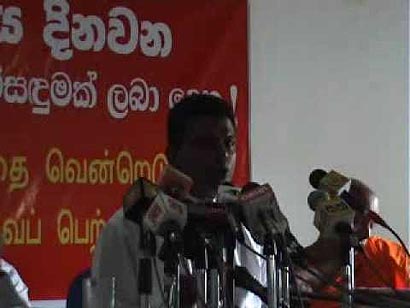 Sarath Manamendra, leader of the Nava Sihala Urumaya, has been arrested over a complaint lodged by a three-wheel driver at the Welikada police.

Police said that Manamendra was being questioned over an incident, where he had allegedly made threats with the use of a pistol.

A high-ranking police officer in charge of the area said that Mr. Manamendra had a license for the firearm.