Lotus Tower to be opened on September 16 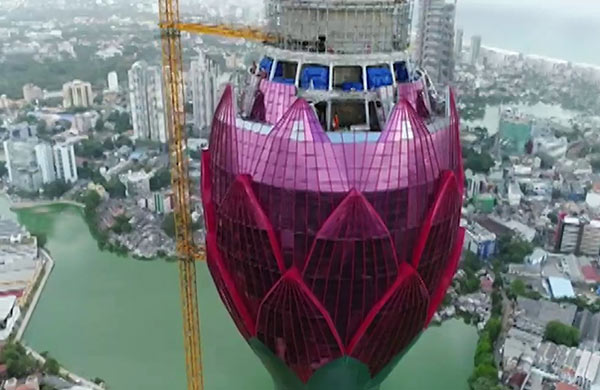 The Lotus Tower, South Asia’s largest tower measuring 350 metres, would be declared open on September 16 at 5.00 pm under the aegis of President Maithripala Sirisena.

USD 104 million has been spent for construction of the tower and eighty per cent of the cost has been funded by the EXIM Bank of China.

The tower comprizes of a telecommunication museum, a restaurant, supermarkets, food courts, conference halls with seating for 400 people, a 1,000-seat auditorium, luxury hotel rooms, ball rooms and an observation gallery.

Home » Lotus Tower to be opened on September 16