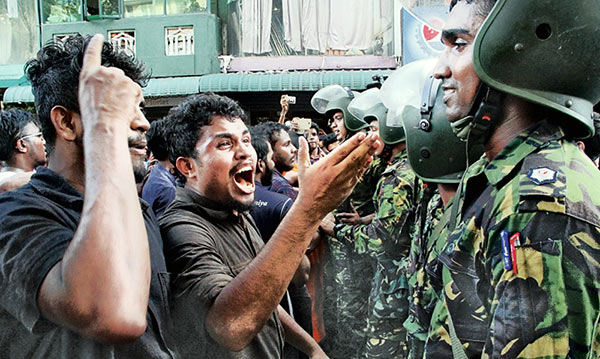 Eighty four students are reported to be hospitalised after they were removed from the Health Ministry premises by a team of the Special Task Force personnel.

Water cannon was used to disperse the students who had gathered near the Health Ministry premises.The Police refrained from using tear gas, as the National Eye Hospital was in the vicinity where the protesters had gathered.