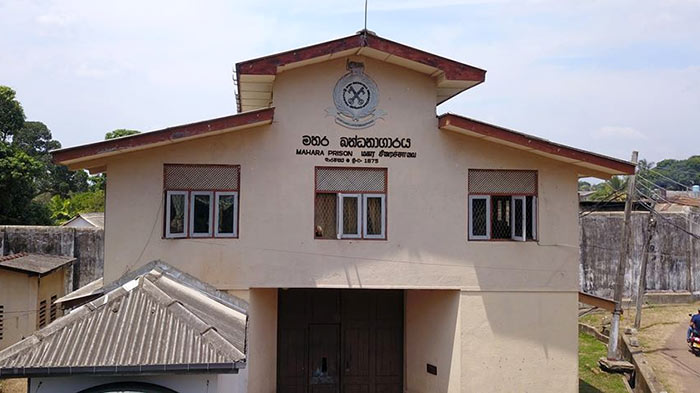 An inmate of the Mahara Prison has died in an attempt to escape from the prison, stated the Police Media Spokesman.

Police said 7 inmates had made an escape attempt at the Mahara Prison at around 3 am this morning (03) by climbing over the wall using ropes and bed sheets.

The prison’s security officers had opened fire in the air to stop them escaping.

One of the inmates who fell from the wall died after being admitted to the Ragama Hospital.

The remaining 6 inmates have been recaptured, said the Police.

They were also admitted to the Ragama Hospital.