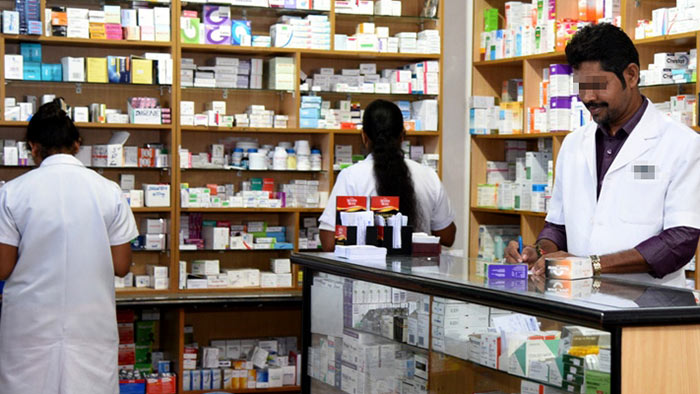 The Sri Lanka Chamber of the Pharmaceutical Industry (SLCPI) has warned the Government that there could be an essential drug shortage in the country owing to the COVID-19 pandemic.

Chief Executive Officer (CEO) of National Medicines Regulatory Authority (NMRA) Dr. Kamal Jayasinghe on Friday (1) said that a request had been made by SLCPI for an increase in pharmaceutical prices, owing to the drastic devaluation of the Rupee and the fluctuation of US Dollar.

He cautioned that there may be a situation where the country would run out of essential drug stocks due to the world health crisis as well. Pharmaceutical companies have appealed to the SLCPI, which in turn had appealed to the Government.

The NMRA would also have to consider the SLCPI’s appeal as well if it is to prevent a drug shortage in the country, he said.

The SLCPI had made representations to several authorities including the Health Minister, requesting an increase in prices.

Currently, the Rupee is depreciated while the US Dollar has been fluctuating between Rs 185 and Rs 200. There was also the possibility of Sri Lanka being unable to import drugs due to the situation prevalent throughout the world due to the COVID-19 threat.

However, the matter cannot be dealt with in an ad hoc manner and the request has therefore been placed before a statutory body of the NMRA, which is its Price Regulatory Committee (PRC), which comprises a body of experts led by Dr. Palitha Abeykoon and the latter is currently considering the matter.

The price of the US Dollar would also be taken into consideration by the Authority as a price increase in pharmaceuticals can only be entertained if the Dollar rate exceeds a certain sum, Dr. Jayasinghe said, adding that the PRC would only arrive at a decision having considered all the pros and cons of the matter. “Only then would we be able to submit any sort of recommendation to the Ministry of Health,” he added.

Former Health Minister, Dr. Rajitha Senaratne regulated the prices of over 70 pharmaceuticals in 2016 in a bid to increase their affordability to patients suffering from non-communicable diseases such as diabetes, heart ailments and high cholesterol, who in turn have to purchase their medicines on a regular basis.