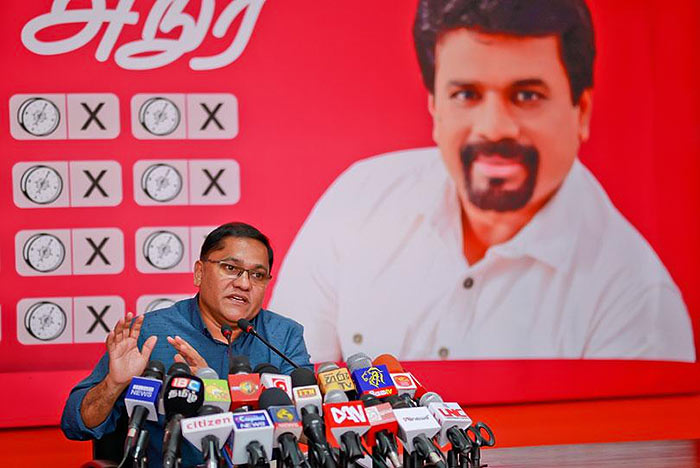 He told a news conference that a discussion was in progress with candidates Mahesh Senanayake and Rohan Pallewatte in a bid to obtain their support.

He said Mr. Senanayake’s policy was to fight against the current political culture and that NPP was totally agreeable to his policy.

“The discussion has so far been successful and we are hopeful of working together,’ he said.