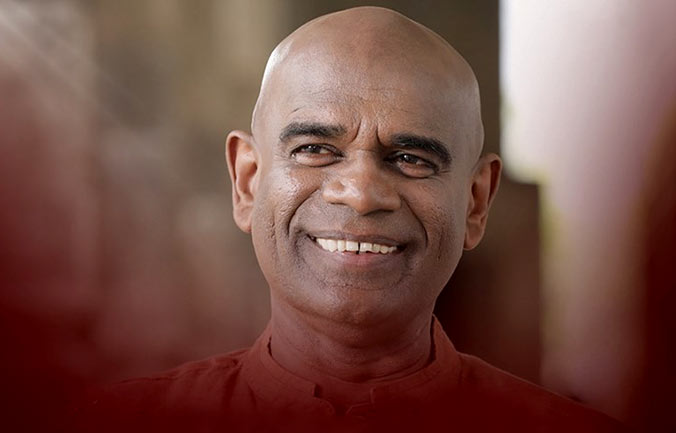 Senanayake’s presidential bid was announced at a rally held by National People’s Movement (NPM) at the Sugathadasa Indoor Stadium, Colombo yesterday, with a collective of civil organizations.

Addressing the gathering General Senanayake said it is time to move away from the traditional political framework.

He said over the past 71 years the public was burdened, with political parties and politicians doing nothing.

The General said the people were made to feel like victims.

He noted that he personally decided not to join a traditional political party, adding that he embarked on this journey to achieve greater things following retirement from service.

General Mahesh Senanayake said the people haven’t seen and are neither aware of their strengths and resources.

He said the time is apt to come out of this mindset and understand the strengths and resources and make appropriate use of them.