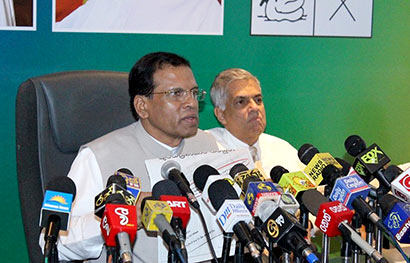 Mr. Sirisena cited that the forged document had tarnished his image and therefore he had sent the letter of demand through his lawyer.

He has also instructed his team of lawyers to take legal action against those who create, print and distribute the forged document.

The letter of demand says that Mr. Sirisena had never signed an agreement with UNP National Leader Ranil Wickremesinghe on November 1 or any other day.

The letter of demand 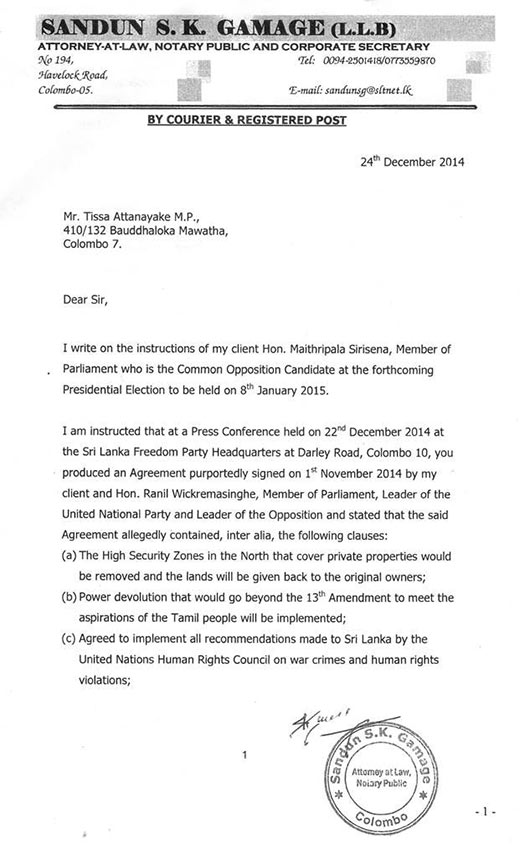 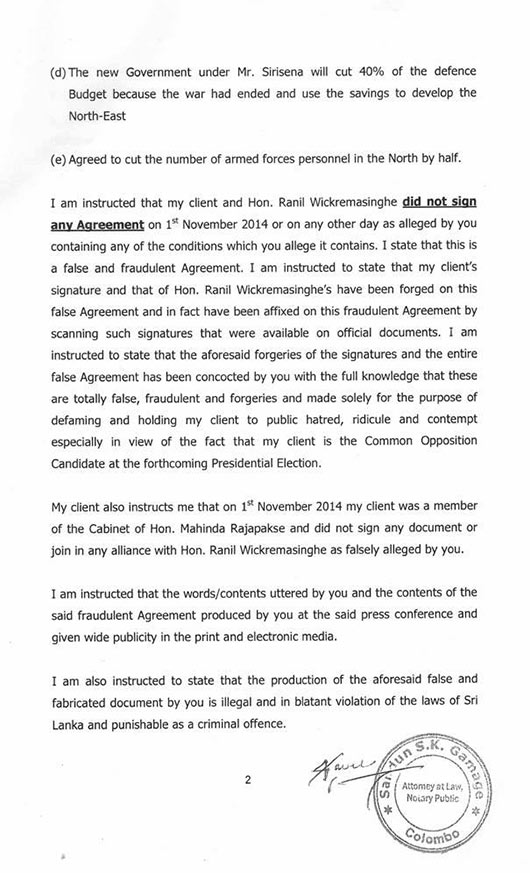 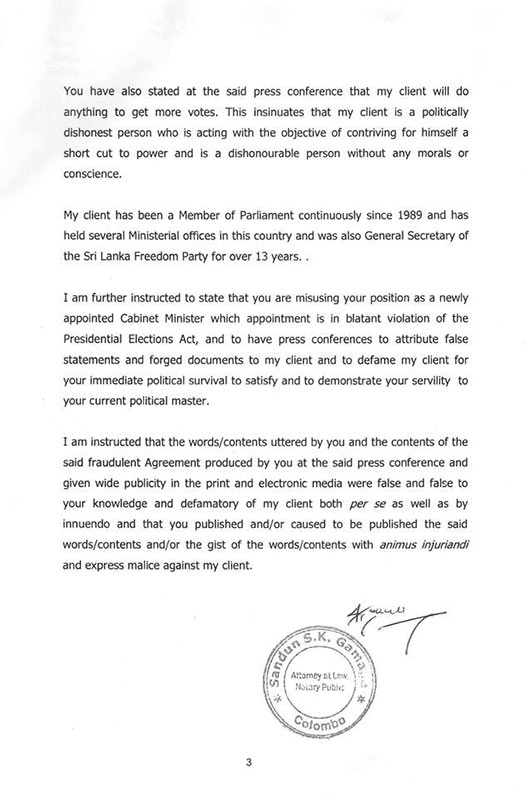