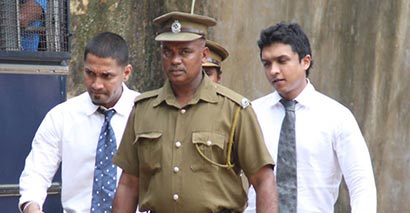 Malaka Silva, Rehan Wijeratne and five others were ordered to be remanded till September 24 by Colombo Fort Magistrate Kanishka Wijeratne.

They were produced in Court over the alleged assault on an army officer.

The Magistrate also directed that they be produced at an identification parade on the same day.