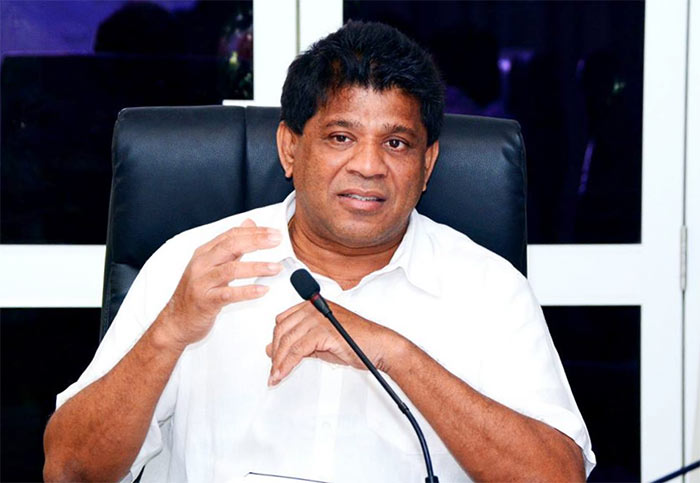 SJB General Secretary and MP Ranjith Madduma Bandara said that Ajith Mannapperuma might replace MP Ranjan Ramanayake who would lose his Parliament seat due to being sentenced to prison.

MP Madduma Bandara said that the party would not require nominating a new member to fill MP Ramanayake’s Parliament seat as per the provisions of the Parliamentary Elections Act, the next candidate with the highest number of votes after Ramanayake would be entitled to become an MP.

Ajith Mannaperuma contested the 2020 general election from the Gampaha District and polled 47,212 votes but failed to enter Parliament. He is next on the list of candidates in the order of votes obtained by the SJB candidates.

MP Madduma Bandara said that Mannapperuma’s name would be gazetted by the Election Commission and thereafter Mannapperuma could take oaths as an MP of the SJB.

It would be the duty of the Returning Officer of the Gampaha District to submit Mannapperuma’s name to the Elections Commission. Thereafter the Commission will forward the name to the Secretary General of Parliament, MP Madduma Bandara said.

Deputy Secretary General and Chief of Staff of Parliament, Kushani Rohanadheera said that MP Ramanayake might lose his seat because as per the provisions an MP receiving a prison term exceeding six months will disqualify him from sitting in Parliament.

Commenting on the situation with regard to Ratnapura District SLPP MP Premalal Jayasekera, who is on death row participating in parliamentary sessions, the Deputy Secretary General said that MP Jayasekera was considered as being on remand pending his appeal against his death sentence and, therefore, he was entitled to attend Parliament.