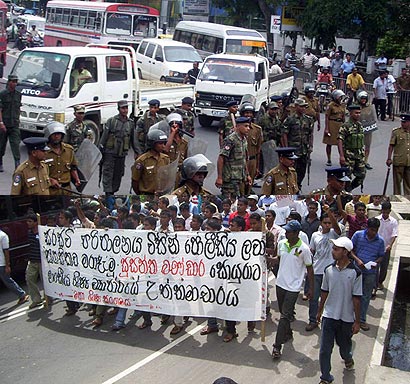 Ruhunu University students who began a massive protest from the university premises over the alleged death of a fellow student due to a police assault has come to a halt at the Matara main bus stand. The Ada Derana reporter in the area stated that there is tension in the area as police from all neighboring areas have converged to the scene.

The protestors had attempted to make their way to the Matara police station, but was halted due police blocking the march. 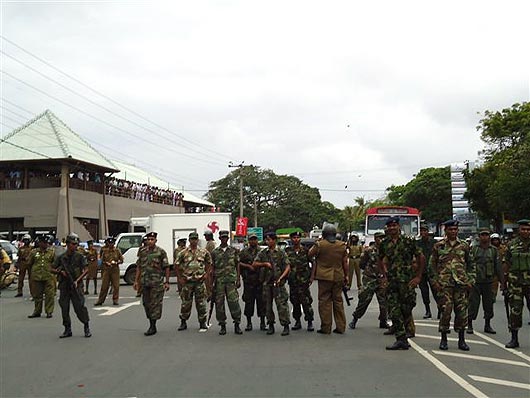