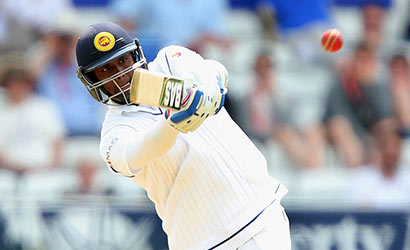 Sri Lanka captain Angelo Mathews scored his highest test innings of 160 before the visitors were dismissed for 457 after tea on the fourth day, setting England a victory target of 350 in the second test at Headingley on Monday.

That left England needing to set a new national record if they were to emerge victorious, with their highest fourth-innings total to win a test the 332 they managed against Australia in 1928/29.

Mathews scored his second hundred in as many tests as the tourists got on top of England.