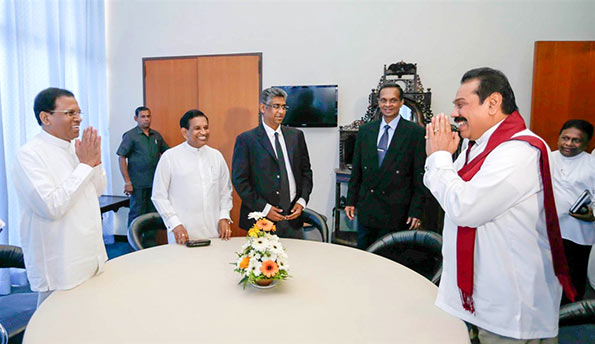 President Maithripala Sirisena and former President Mahinda Rajapaksa arrived at the Parliament and much awaited discussions were held on Wednesday (6) morning.

The first round meeting between the President and former President Rjapaksa has been concluded successfully, Minister Duminda Dissanayake said.

Discussions were held to address the issues of the Sri Lanka Freedom Party (SLFP), said Dissanayake.

Meanwhile, SLFP General Secretary Anura Priyadarshana Yapa issuing a statement said that five key topics were discussed during the meeting. The key topics are as following… 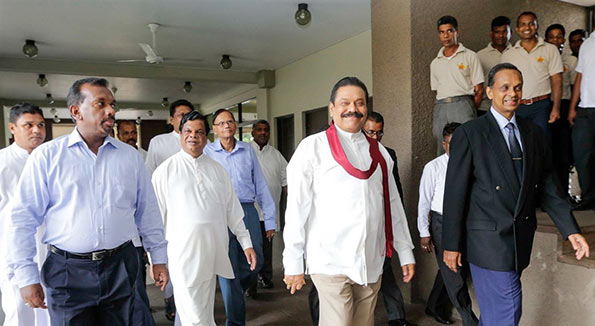 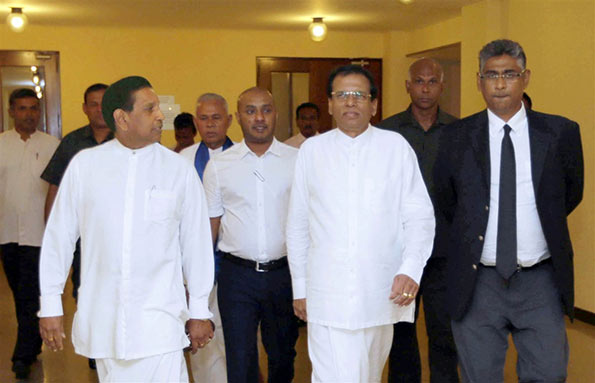 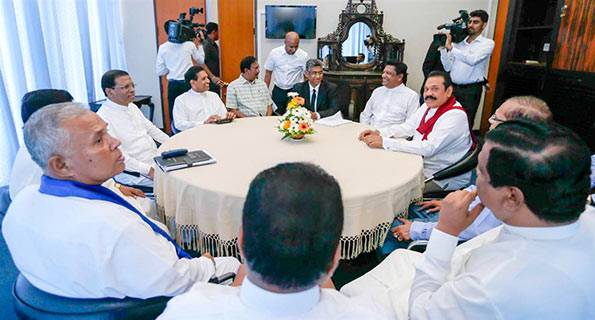 1 Response to Meeting between President Sirisena and Mahinda Rajapaksa concludes