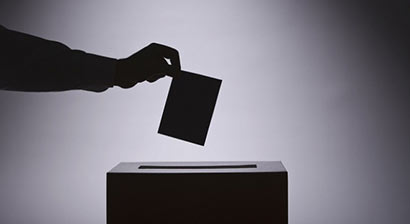 Sri Lankan migrant workers may soon have a say in the elections happening back in their home country as the Lankan parliament unanimously approved last Wednesday the appointment of a Parliamentary Select Committee (PSC) to formulate a mechanism to enable them to vote.

According to the official orders uploaded on Lankan parliament’s website, parliamentarian Sunil Handunnetti moved the motion seeking the approval of parliament for the appointment of the PSC. The motion was passed by the house unanimously.

Signed by 23 parliamentarians, the motion said the right to exercise franchise is a fundamental right of Sri Lankans.

Lankans who are employed overseas have not had the opportunity to exercise their franchise in local elections till now.

According to the official order of the parliament, the committee shall present its report to parliament within a period of six months from the first meeting of the committee or within such further period as Parliament may grant.

Dr Hemesiri Kotagama, a Lankan academician at the Sultan Qaboos University, said the government has taken a step forward to enable voting rights for migrants.

“Voting right is a fundamental right. Only this can provide the migrant workers the right to demand better welfare,” the academician, who has been canvassing for the same for the last 10 years, said.

“When a large number of citizens are working abroad and if they don’t get a say in their home country’s government formation, then it is difficult to say that it’s a fair democracy. Moreover, the migrant workers play a vital role in the home country’s economy through remittances. Let the committee work out a mechanism soon,” the academician added.

According to the Lankan embassy in Muscat, there are around 25,000 Lankans in Oman.

“It’s a welcome move. Let the committee soon find the mechanism and provide us the opportunity to have a say in our home country elections,” Deepal Pallegangoda, country manager of Mihin Lanka in Muscat, said.

Lately, the Philippines’ government has given voting rights to its migrant workers while the Indian government is considering the same, Times of Oman reports.