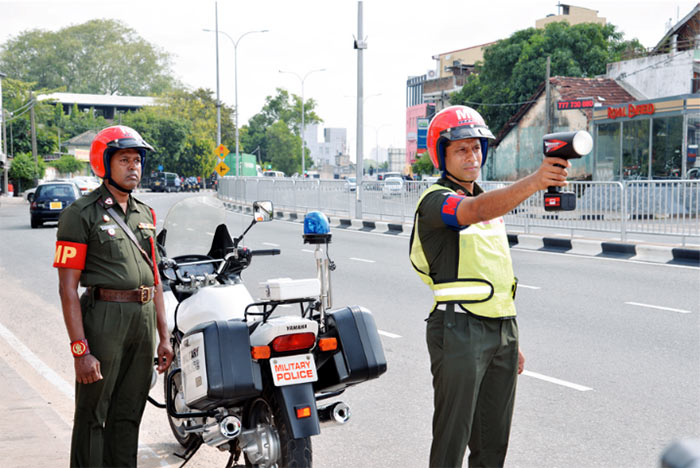 With the increase in the number of vehicles on the road causing heavy traffic congestion in Colombo city, especially during the peak hours, the Military Police personnel will be deployed from today at the main entry and exit points in Colombo to assist the Police in order to ease traffic congestion in the city, Army Commander Shavendra Silva said.

Lt.gen Silva, who is also the acting Chief of Defence Staff (CDS) said that on the instructions of President Gotabaya Rajapaksa, the Army in consultation with the Police has decided to deploy military police personnel on the road to assist the traffic police.

“President Rajapaksa’s move to ease the traffic congestion in the city, and he has directed us to assist the police to tackle the situation. So from today onwards the Military Police with the traffic Police will jointly carry out traffic duties especially during the peak hours at the main entry and exit points in the city,” the Army Chief said.

He also said that a large number of people including schoolchildren get late to reach their respective destinations due to the continuous traffic congestions in the city. “Road traffic congestion reduces productivity levels of workers held up in traffic and all of that wasted fuel, among other factors,” the army chief said.

The Army Commander also highlighted that a considerable number of military vehicles were on the road during the peak hours. “So it is our duty to make sure to have a situation for the smooth traffic flow for the public,” the army chief added.

On February 14, in a statement the Presidential Secretariat said that the President also instructed the officials of Ministry of Roads and Highways to find immediate solutions to ease the traffic congestion in the morning on Galle Road, Kaduwela, High Level Road and Piliyandala roads towards Colombo.

3 Responses to Military Police to assist police to control traffic