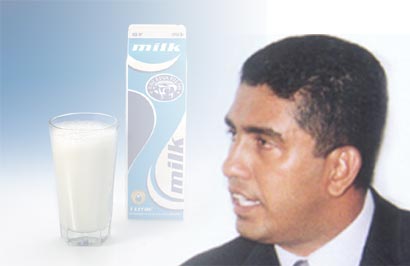 June 20, 2010: The Minister of Co-Operatives and Internal Trade, Johnston Fernando announced that the price of milk powder had been increased with effect from midnight yesterday.

This was announced at a media briefing held yesterday.

This will come into effect from midnight,” he said.

Moreover, answering a question the minister said that milk powder which is already in the market should be sold at the same price.