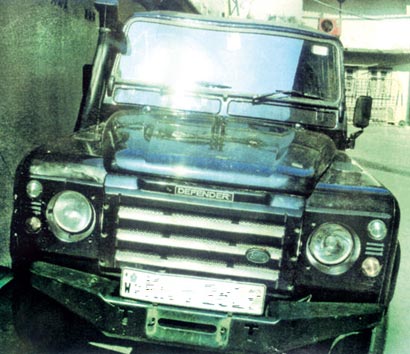 Water supply to several areas in Colombo has been temporarily disrupted after the main water line near the Diyawanna Oya was ruptured due to a vehicle collision. The Defender vehicle involved in the accident is rumored to belong to a high ranking government Minister.

The vehicle is reported to have skidded off the road and gone down the bridge near the Diyawanna Oya close to the Parliament and had hit the water line below the bridge causing it to burst. The water line travels from the Ambathale Water Purification Plant to Dehiwala and other parts of Colombo.