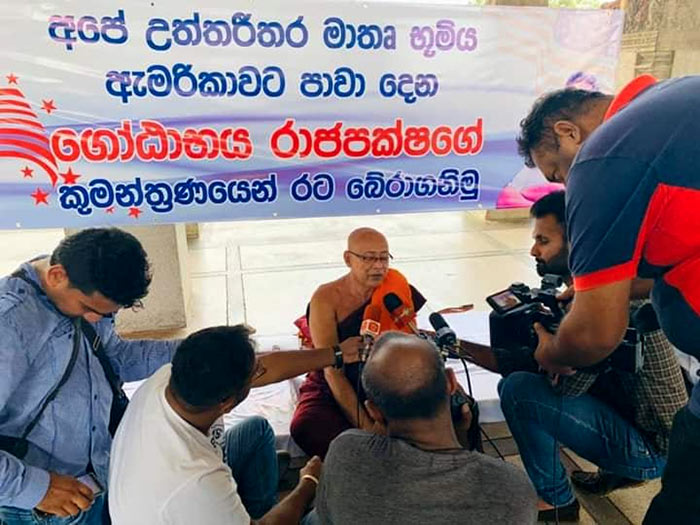 A Buddhist Monk, Dr. Inguruwatte Sumangala Thero is demanding that the SLPP Presidential Candidate furnish proof that he has renounced his United States citizenship within three days.

The Monk says he needs to see written proof of renunciation and will fast unto death unless this proof is given to him.

The subject of renunciation has resurfaced after Gotabaya’s name did not appear on the latest list of US citizens who have given up their status. The list of names is published quarterly and although the candidate has said he gave up US citizenship in May his name has not appeared on the list in all three 2019 lists.

Gotabaya has repeatedly said the process of renunciation is completed, and earlier attempts to provide proof fell flat when one document provided to stockbrokers at the Colombo Bourse and released on social media proved to be a fake. 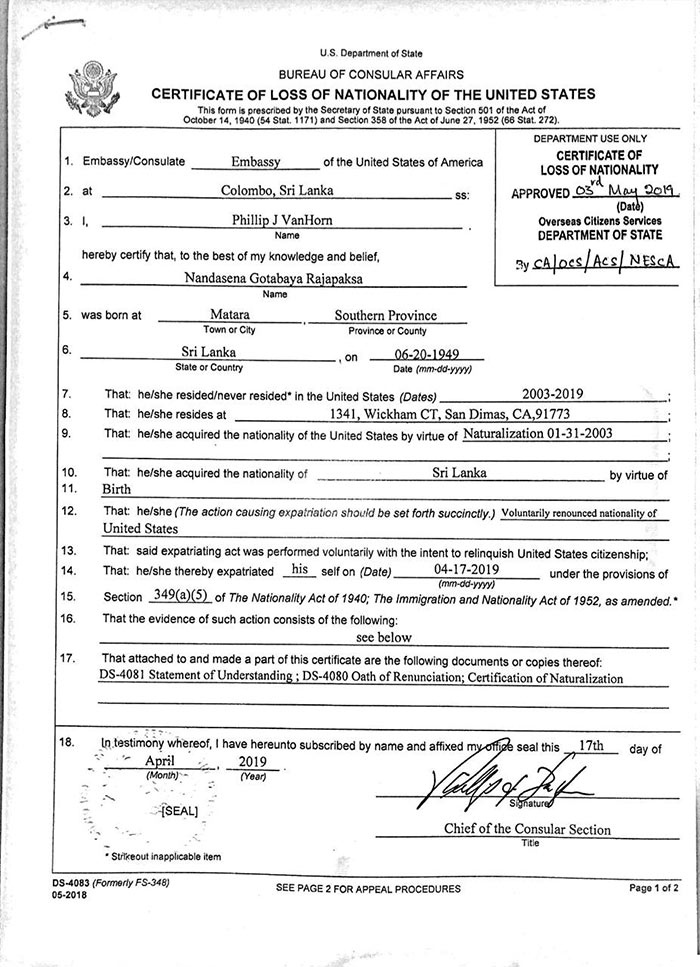 Gotabaya’s nephew MP Namal Rajapaksa tweeted a copy of the second document, which he claims is authentic.

Due to strict privacy laws, the US State Department will not either confirm or deny whether Gota is still an American or not.

1 Response to Monk demands proof Gotabaya has renounced US citizenship