MR: ‘I’ll be arrested next’ 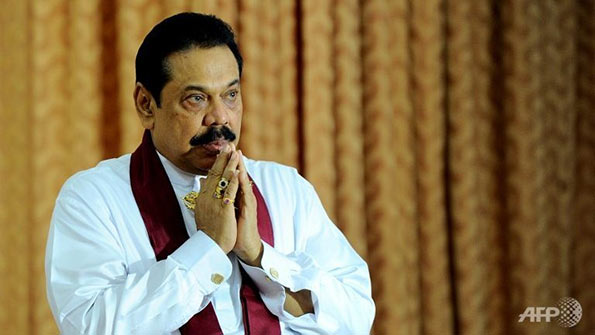 KANDY: Former President Rajapaksa yesterday urged the government to hold local government elections. Else, legal action would be taken against it, he warned.

The ex-president was answering queries by the media after paying homage to the Sacred Tooth Relic at the Sri Dalada Maligawa.

Rajapaksa said the government did not seem keen to hold the LG polls. “During our administration we held elections one after the other. There were plenty of elections.”

The government which had pathetically failed to make good on its promises was maniacally focussed on harassing his family to cover up its failure, Rajapaksa said.

The government driven by hate and venom would arrest him next and then his wife, Namal, Basil and Gotabhaya. Even parliamentarians and those who visited them would be taken in, Rajapaksa said.

The former President said the government should take revenge from him and not his family. Justice under the present dispensation was a farce, he added. The suspects in the Embilipitiya case had not been arrested in spite of a court order, he said.

The only advice he could give to the people was to exercise patience.

7 Responses to MR: ‘I’ll be arrested next’