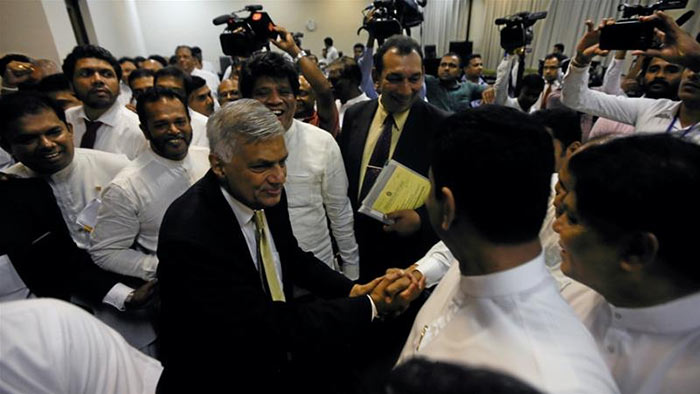 Soon after defeating the no-confidence motion against him in Parliament, Prime Minister Ranil Wickremesinghe told the media that the current National government will continue with the members who remain in it.

“We lost some of our members but we will continue to govern with those who remain with us,” he said.

The Prime Minister said he will meet President Maithripala Sirisena on Friday.

Additionally, he said the reorganisation of the UNP and the task of fulfilling the pledges of January 2015 will begin soon.