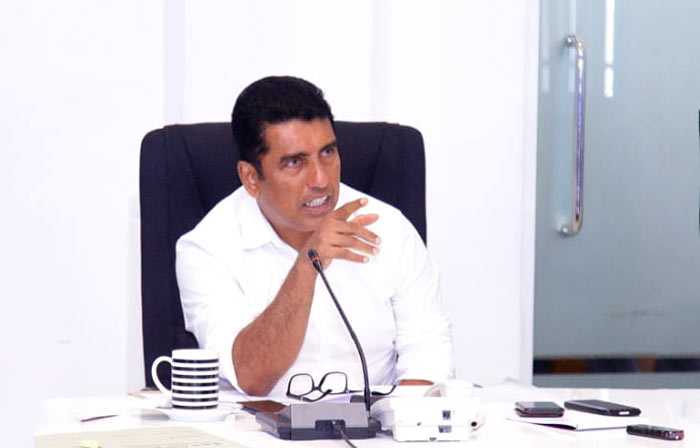 Highways Minister Johnston Fernando while expressing regret over the virulent social media campaign against the Neluwa – Lankagama road project said that this stretch of road is being built on par with industry standards.

Minister Fernando, after having seen social media posts that a section of road had been washed away, rushed to Lankagama with Parliamentarian Sampath Athukorala and inspected the project.

“We regret what has been posted on social media. No landslide has taken place in the area and no part of the road has been washed away,” he said.

Fernando said that construction of the road is still underway and the road drainage system is being carpeted,

He added that this project was launched as a part of 100,000 Km massive road development drive enshrined in the President’s election manifesto, Saubaghyaye Dekma

Fernando also said that the Opposition is also making use of these false social media posts to target the Sri Lanka Army personnel who are handling the project.

As soon as this vicious campaign commenced, the Opposition began attacking it. They said the road was being built through Sinharaja and that the environment was being destroyed.