Nethmi Ahinsa returns to Sri Lanka with the bronze medal 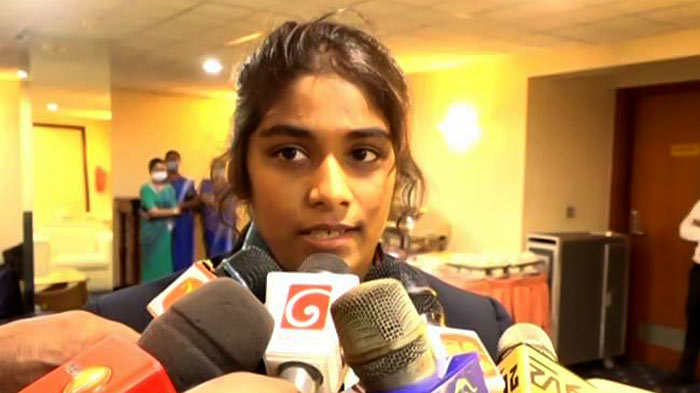 Nethmi Ahinsa Fernando Poruthotage who won a bronze medal at the Commonwealth Games 2022 in Birmingham has arrived in Sri Lanka.

She arrived at the Bandaranaike International Airport (BIA) at around 3:50 AM in a flight from Abu Dhabi.

She was received by officials of the Ministry of Sports, Wrestling Federation members and her family.

Meanwhile, curtains will come down on the Commonwealth Games 2022 in Birmingham, England today (August 08).