New Constitution needed since the war has ended – PM 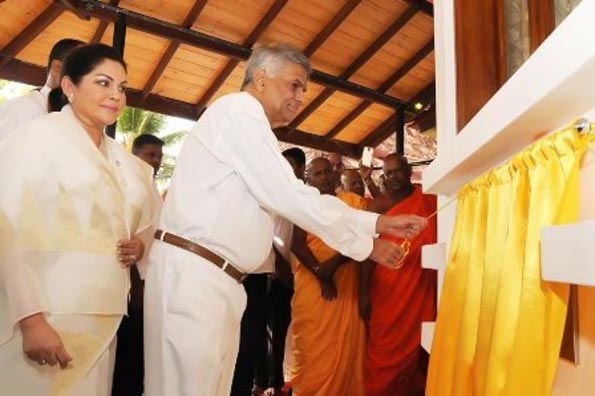 The war, which prevailed for the past 30 years in the country has now been finished and the country needs a new Constitution, said Prime Minster Ranil Wickremesinghe.

He added that formulating a new Constitution cannot be done alone and it needs the support from each and every one.
Prime Minister was addressing a religious event at Vivekaramaya in Gangodawila on Saturday (22nd Oct.).

The six sub committees appointed on Fundamental Rights, Public services, Relations between Central Government, Provincial Council, and Local government, Law and Order, State of Emergency, Judiciary, and public money have already finalized their own reports. Once they submitted those reports, they will be presented to the Constitutional Assembly and thereby to the country. Then there will be an opportunity for public to comment of those reports.

“Still we have not taken a decision regarding these proposals whether they are applicable, should be revised, or totally acceptable or not.  They all will be done once the public opinion is expressed.”

Home » New Constitution needed since the war has ended – PM