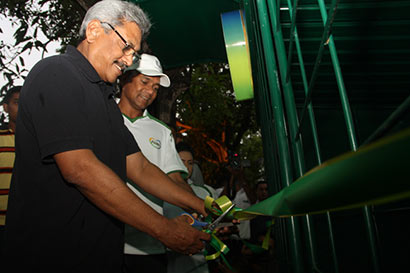 Joining hands together with the Ministry of Defence, Unilever Sri Lanka donated 25 bicycles and other amenities to facilitate a ‘Rent-a-Bike’ centre located at the premises. The cycling booth will be maintained by the Colombo Cycling Club.

Secretary Defence also launched a Face Book page and a Website of the sponsoring company. The general public will have the convenience to reserve a bicycle in advance through this facility.

Under the Torrington Square development programme a walkway and leisure area was built and is already a popular place with the Colombo population. It is one of the most attractive and pleasing locations in Colombo.

Adjacent to the Torrington Square the newly opened shopping mall at Race Course allows people to do shopping leisurely and also enjoy a delicious meal while spending their time at the Torrington square.

The Colombo development project is carried out under the direction and close supervision of Secretary Defence Mr. Gotabaya Rajapaksa, who has taken a personal interest in providing the masses a clean, green and people friendly city. 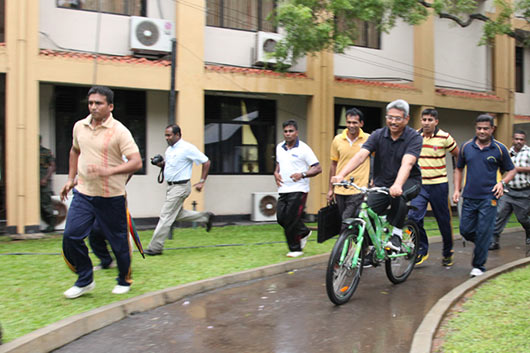 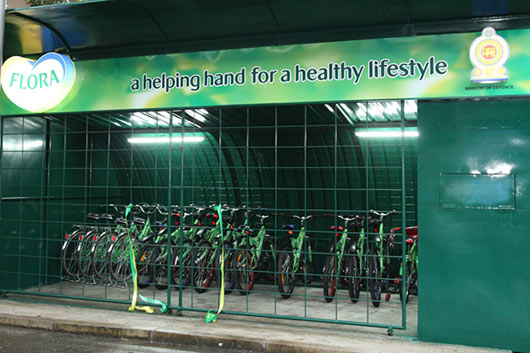 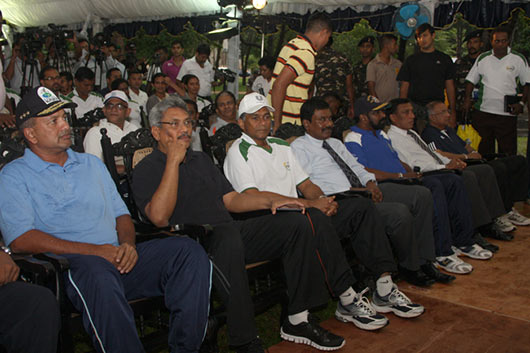