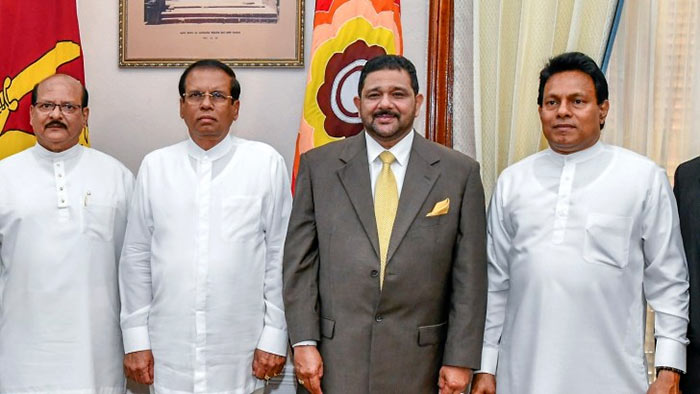 New Governors appointed for five provinces were sworn in before President Maithripala Sirisena at the Presidential Secretariat, today (04).

The Secretary to the President Mr. Udaya R. Seneviratne was also present on this occasion.

1 Response to New Governors sworn in