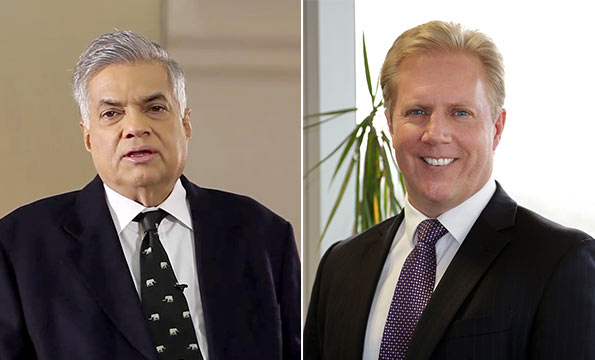 New Zealand and Sri Lanka will open diplomatic posts in each other’s nations and are considering a free trade agreement, the Pacific country’s trade minister said on Friday.

New Zealand trade minister Todd McClay and Sri Lankan Prime Minister Ranil Wickremesinghe instructed officials to consider a framework to boost economic ties, which could result in a free trade deal, McClay said in a statement after the two met this week at the World Economic Forum in Davos.

“Sri Lanka and New Zealand are complementary economies. There is potential for greater trade both ways,” said McClay, and added that any deal could include “other like-minded nations.”

Wellington is focussing on getting a number of new trade deals and existing pact upgrades off the ground, including one with the European Union.

McClay has also said it would be “interesting” to see whether momentum builds around the Regional Comprehensive Economic Partnership, an Asian trade pact that includes China and India, if the United States pulls out of the TPP.

Trade with Sri Lanka is currently modest, at NZ$307 million in the year to October 2016. Sri Lanka is a major buyer of New Zealand’s main goods export, dairy products, with exports last year worth NZ$240 million.