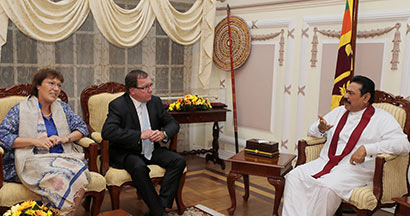 Minister McCully said that during his previous visit to Sri Lanka, officials of both countries had discussed measures to increase liquid milk production and expand Sri Lanka’s dairy sector. He expressed New Zealand’s willingness to expedite these plans and proposed that the two countries sign an MOU in this regard when Prime Minister John Key comes to Sri Lanka to attend the Commonwealth Heads of Government Meeting (CHOGM) in November.