No corruption or fraud in repatriation process – Namal 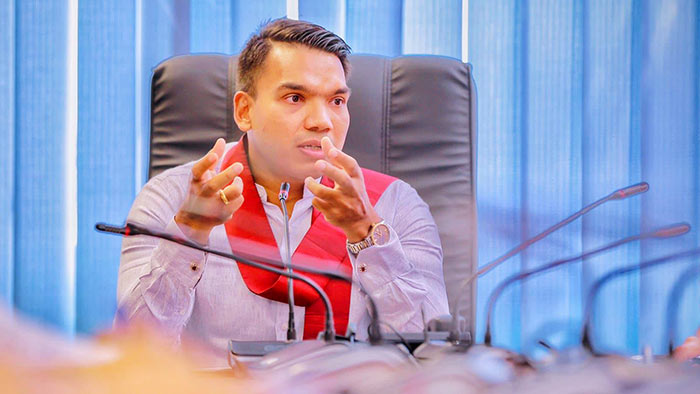 The Government will definitely not allow any corruption or fraud to take place in the repatriation of Sri Lankan migrant workers and if this happens, he will definitely oppose it as a Government Minister, said Sports Minister Namal Rajapaksa.

The Opposition raised concerns in Parliament yesterday regarding the repatriation process and alleged that there is serious corruption with regard to the process where Sri Lankan migrant workers are being exploited.

He told Parliament that the Health Ministry, Foreign Ministry and the Presidential Task Force on COVID-19 were making arrangements in this regard on the directives of President Gotabaya Rajapaksa.

Opposition MP Kabir Hashim raised the issue that migrant workers were being charged unnecessarily and forced to opt for private quarantining where certain Government connected persons are making money through the plight of these stranded Sri Lankans. He questioned the government on whether the government would refund the money charged unfairly from those who had been forced to pay for private quarantining as it was unfair as this is the money these people had earned with great difficulty.

Responding to MP Hashim, Minister Namal Rajapaksa said, “It is only speculation or suspicion regarding whether this is a racket or not. However, if an investigation is carried out, then we could take legal action regarding this matter and look into the plight of those who may have been affected.

He also noted that around 3 million of the country’s population sustains their livelihood based upon the tourism industry. Hence, he said that it was vital therefore to revive the tourism industry and expressed hope that the Opposition would support the Government in this endeavour.

However, he accepted that there could be certain shortcomings in the repatriation mechanisms, but said that these need to be identified and corrected, but should not be used for political purposes. This is a global pandemic he said, appreciating the support rendered by the Opposition during the crisis.

Minister Rajapaksa also said that steps have been taken to increase the number of flights to bring back the expatriates from next week, following a discussion with the President.

2 Responses to No corruption or fraud in repatriation process – Namal

Home » No corruption or fraud in repatriation process – Namal