No electricity price revision this month 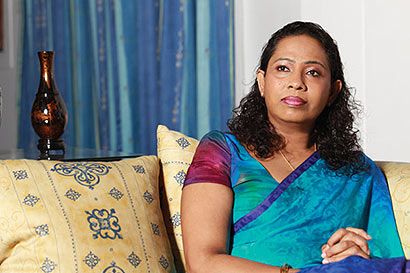 The Public Utilities Commission of Sri Lanka (PUCSL), the regulatory body, will decide against permitting an electricity tariff hike when its executive members sit on February 21. This was revealed by a senior PUCSL official.

The Island learns that despite requests from the Ceylon Electricity Board (CEB), last month, for a price revision, the CEB failed to follow it up by submitting a proposal to the PUCSL.

The official said that PUCSL would not take up anything for public hearing unless a proposal is made to that effect. In other words, he said, there would be no immediate price revision.Newly appointed Power and Energy Minister Pavithradevi Wanniarachchi on Thursday assured CEB officials that she would not burden the consumers further whatever the production cost of an electricity unit might be.

However, she said that she would take all measures to cut down on waste. She spelt out the high energy costs and growing losses incurred by the CEB, stressing its high expenditure last year.

The CEB earlier suffered an estimated loss of Rs. 64 billion for 2012 but this loss jumped to around Rs. 88 billion due to a steep rise in the price of furnace oil by Rs. 25 in the latter part of last year.

The PUCSL will meet on Feb. 21. It meets twice a year to discuss power sector tariff revisions.

A Fuel Adjustment Charge (FAC) was imposed on electricity consumers in February last year, to recover the cost of the increased fuel prices in the world market, which badly hit the CEB.

However, with the February fuel adjustment charges, more than 78 per cent of the 5.5 million electricity consumers are now paying an additional 40 per cent on their monthly power bill.

1 Response to No electricity price revision this month