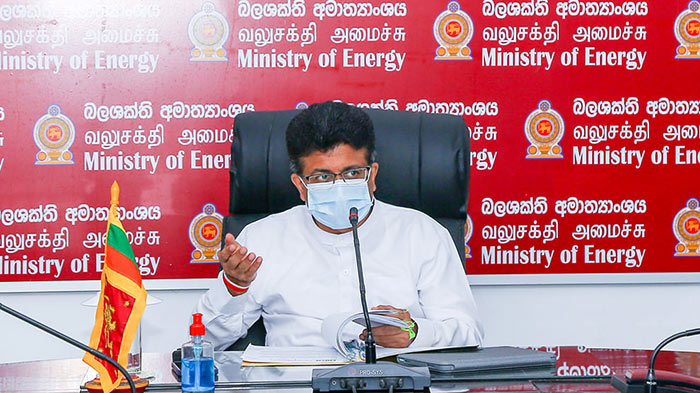 Finance Minister Basil Rajapaksa has told Minister of Energy Udaya Gammanpila that the Treasury is not in a position to assist the Ceylon Petroleum Corporation (CPC). However, there would not be a fuel price hike in the short term, the Minister of Energy told the media yesterday.

Minister Gammanpila said that if a fuel hike was on the cards, he would announce it publicly.

Gammanpila said he told the Chairman of the CPC that they should first seek assistance from the Treasury. Given that prices of all essential items had increased, a significant increase in fuel prices would cause great inconvenience to the people, he said.

The government was discussing the possibility of obtaining a 3.6 billion US dollar credit line for fuel from Oman. Sri Lanka spent around USD 300 million on oil imports per month and the credit line would allow for a year of fuel supply at concessionary rates, the Minister said.

“If we get this credit line, we should be able to weather this storm. Otherwise, I will ask the Cabinet for relief. While people are suffering, we can’t also let the CPC go bankrupt. If CPC goes bust, the People’s Bank and Bank of Ceylon will be in deep trouble too,” the Minister said.

Gammanpila added that there was no point in queuing at fuel stations because a decision to increase fuel takes a few months to be approved. For example the previous hike in June was first proposed in April. “If takes a few months for such a proposal to be approved and implemented. I was told that people were queuing at fuel stations last Monday and Wednesday.”

1 Response to No immediate hike in fuel prices – Udaya