No more political activities at 23 public grounds in Colombo 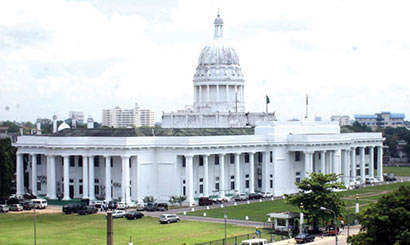 Political rallies and meetings will no longer be held at some 23 public grounds located in Colombo and its suburbs including the Hyde Park Corner, the Colombo Municipality said yesterday.

Among the 23 grounds, the renovation works of some ten public grounds had already begun, CMC Commissioner M.K.V.Anura said.

Speaking to the Daily Mirror, CMC Commissioner M.K.V.Anura said no political party or trade union would be allowed to hold their rallies and meetings at the grounds including the Hyde Park Corner ground, Maligawatte P.D. Sirisena football ground, Ratnam Ground Colombo 13 and Nawagampura Ground, Colombo which were currently being renovated.

” The Hyde Park Corner Ground is being converted into a foot ball complex,” he said.

“Hyde Park Corner Ground was earlier a football complex used by the public. After the political rallies and meetings started to take place there, the opportunity for the public to use the grounds for sports is lost,” Mr. Anura said.

He said the grounds which were earlier used as a sport complex, later were utilised for political rallies which became a nuisance. Hence such public grounds should be given only to the public.

“The renovation works started at the Hyde Park Corner Grounds are scheduled to be completed in ten days time,” Mr. Anura said.

Home » No more political activities at 23 public grounds in Colombo