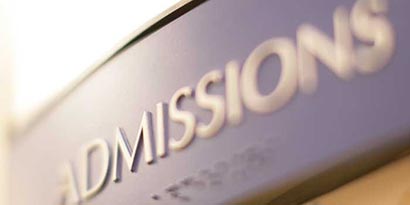 President’s Counsel Faiz Mustapha yesterday gave an undertaking to the Supreme Court that no admission would be made to any of the universities for the academic year commencing on October 15 until the complaint filed by the old syllabus students was settled.

Mustapha made the submission appearing on behalf of the University Grants Commission (UGC) in the fundamental rights violation application filed by a group of GCE A/L students who sat the 2011 examination under the old syllabus.

Chief Justice Dr. Shirani Bandaranayake asked Attorney General Palitha Fernando PC, whether he believed that the UGC had taken the relevant steps as ordered in the Supreme Court judgment of June 29, 2012, to recalculate and re-issue the Z-Score for the GCE A/L August 2011 examination, taking the old and new syllabi as different populations.

The Attorney General replied that the UGC had abided by the Court order, re-calculated the Z-Scores and re-issued them. However, a difficulty had arisen in the selection for admissions from the two populations. The UGC had consulted a team of academic experts and pooled the two sets for ranking to work out university admissions.

He said that if anybody was aggrieved, he was ready to talk to the relevant parties and arrive at a settlement favourable to all.

The Chief Justice said that the Supreme Court judgment clearly had clearly stated that the two syllabi were different populations and they should be dealt with separately. They should not have been pooled together. If the UGC had had a problem in understanding the judgment, the UGC should have consulted the Attorney General who would have moved the Court for a clarification, she said.

In this fundamental rights violation application, a group of GCE A/L students, who sat under the old syllabus complained to the Court that subsequent to the Supreme Court judgment of June 29, 2012, the UGC had re-calculated the Z-Scores, taking the two syllabi separately. After the recalculation of the Z-scores some of the old syllabus students who earlier qualified to enter universities had been left out, the petition said.

Counsels Sanjeewa Jayawardene and Saliya Pieris, who appeared for the petitioner students, took up the position that the Z-score of old syllabus and new syllabus students should not be ranked together to pick the new entrants. The judgement had clearly indicated to treat the two syllabi as separate populations.

The Supreme Court granted leave to proceed with the fundamental rights violation of the old syllabus students. The next date of mention will be August 30, 2012.

Attorney General Palitha Fernando told the Court that he would look into the possibility of a settlement, and making amends.

Faiz Mustapa PC, said that the UGC would withhold admissions till the matter was finalised. He appeared with Kushan de Alwis, Kaushalya Nawaratne and Mrs. Faizer Marker for the UGC.

Sanjeewa Jayewardene appeared with Niranjan Arulpragasam for a group of petitioner students.

The Attorney General, Palitha Fernando PC, appeared with Senior State Counsel, Nevin Pulle, for the Commissioner General of Examinations and the Minister of Education.