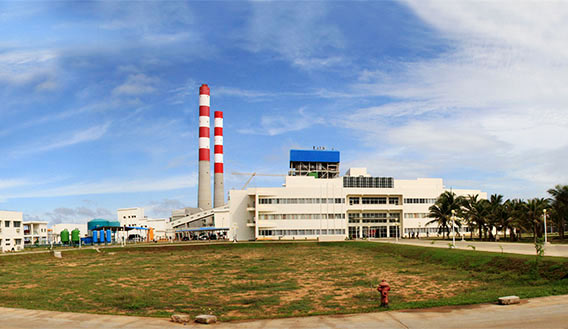 If the authorities fail to provide a favourable response, the CEB Engineers who are currently on a work to rule campaign will decide to suspend work at the Norochcholai coal power plant today, said the CEB Engineers’ Union President Athula Wanniarachchi.

The Ceylon Electricity Board Engineers’ Union (CEBEU) had earlier warned that it will have to shut down the Norochcholai, Lakvijaya Coal Power Station, if the environmental protection license (EPL) is not granted by today.

Several other plants, including those at Matara and Embilipitiya, which need clearance certificates would also have to be shut down, the CEBEU President said.

This decision was taken by the Executive Committee of the Ceylon Electricity Board Engineers’ Union (CEBEU) last week and it was decided to refrain from attending to any breakdowns after regular working hours and on holidays, during the work to rule campaign.

Speaking to the Daily News yesterday, Wanniarachchi said that they had received a letter from the CEB, but the CEBEU had not taken a decision on whether to call off the strike action today.

“We will consider their response and make a decision. We demanded that they withdraw their plan and accept ours. We don’t want to inconvenience the public, but as you can see, we can’t keep operating power plants that do not have the necessary approval,” he said.

The CEBEU claims that although the government had promised to solve the issues raised by the union, two of the main demands had not been fulfilled. The granting of approval to the Least Cost Long Term Generation Expansion Plan (LCLTGEP) 2018-2037 and appointing ‘professionals with high integrity and an unblemished record to key posts in the Public Utilities Commission of Sri Lanka (PUCSL) are the two main demands.

However, the CEB Spokesman Sulakshana Jayawardena told the Daily News that the Norochcholai issue is linked to the long term power generation issue and the CEBEU had declared trade union action and work to rule action. “Last week they declared that they would go for further trade union action and shutdown the operations of the Norochcholai coal power plant, Barge power plant, Chunnakkam thermal power plant and the Ace power plant in Embilipitiya which have issues with their licenses, both the PUCSL license and environmental license. The environmental license is applicable for the Norochcholai Coal power plant and the others were requested to obtain the long term power generation approval because those power plants are operating without the proper approvals of the PUCSL.

Last week we had a meeting with the Prime Minister together with representatives of the PUCSL and CEBEU, CEB and the two ministries. During the meeting it was agreed to submit the findings or recommendations of the committees by last Thursday to the PUCSL which they did. The PUCSL considered those recommendations last Friday and last morning they sent the decision to the CEB General Manager copied to the CEB Chairman. According to that decision, they informed that the PUCSL grants approval for the CEB Base Case plan, subject to the accommodation of already Cabinet approved government to government power plants and the latest government policy. “That is the approval we received from the PUCSL. There are certain others but this is the main area we have concern over. They have also informed us to submit the least cost generation plan for 2020-2039 on or before April 2019 for the commission’s approval. That is the second point they had notified the CEB General Manager”.

Now it is up to the CEBEU to consider this decision and convey their stance, he said.

Meanwhile, CEB Trade Union Alliance Convener Ranjan Jayalal of the JVP said the threat made by the CEB engineers union to stop work by today amounts to sabotage and blamed the authorities for being weak in dealing with such threats.

“They can threaten to remove their workers from operations, but cannot threaten to stop work. Such a threat is a punishable offence and I don’t understand why the authorities are not taking any action against them. The government does not have the power to deal with this issue.

The CEBEU had ordered all bill payment counters to close on Saturdays. They have no authority to do so and although they claim they would not inconvenience the public, closing these bill payment counters is an inconvenience to them. The billing clerks don’t want to do it but they are threatened and forced to comply. The government is helpless as they too are caught up in the CEBEU plot,” he added.