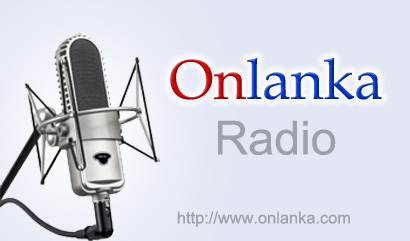 The new local internet radio channel for Sri Lankans in all over the world officially launched last morning. The station broadcasts from studio in Battaramulla Sri Lanka.

The new station is staffed by a number of names from Onlanka Members, including Rayan, Ranga, Anuruddhika, Udaya, Kaushi and Shani.

With the slogan “New Era of Sri Lankan Music”, the station went live on Wednesday the 21st of July 2010, following weeks of test transmissions consisting of the sound of waves sloshing against the shore.

The station kicked off at 8am, with breakfast show presenter Rayan and newsman Ranga. More information will be available soon..

3 Responses to Onlanka Radio has launched