Only three passengers in a trishaw 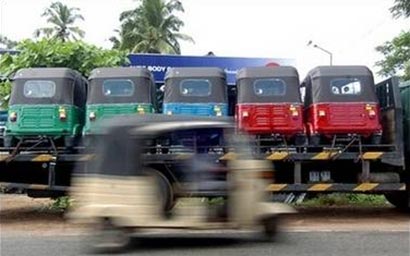 The police department will from today strictly implement the law which only allows three passengers to travel on the rear seat of a three-wheeler.

Police spokesman Ajith Rohana said this would help minimise road accidents. He said between April 1 and May 7 there had been 27 accidents involving three-wheelers leaving 34 people killed.

SP Rohana said legal action would be taken against the three-wheeler owner and the driver if an accident were to take place and added that some 670,000 three-wheelers were registered to operate in the country.

Meanwhile, the three-wheeler meter-taxi association yesterday welcomed the move to implement the law limiting the number of passengers on a three-wheeler to three.