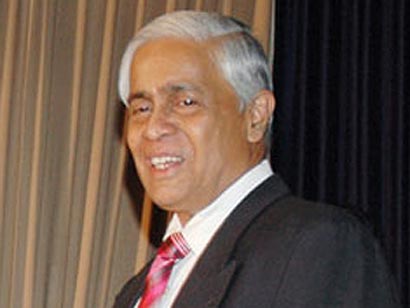 Commenting on the outcome of the Hedging case filed by the Standard Chartered Bank in the London Commercial High Court which ordered the Ceylon Petroleum Corporation to pay US $ 162 million or Rs. 18 billion with interest to the bank, a former Chief Justice said the ruling would have an impact on pending action in Singapore and Washington.

Former Chief Justice Sarath N. Silva who also headed the bench which heard the fundamental rights cases against the alleged CPC malpractice relating to the hedging issue said, now the government was in a dangerous position as the order which awarded the full amount together with interest would affect the decisions in the arbitrations filed by Citibank claiming $ 200 million in Singapore scheduled for late July and Deutsche Bank’s arbitration claiming $ 60 million in Washington scheduled to start in September.

In this instance the banks had acted wisely by first getting the order of the London Commercial High Court since they could get benefited by it at the arbitrations, he noted.

Meanwhile Sarath N. Silva also charged that the government’s interest in the short term tax benefits on fuel had created this situation.

If the government had acted according to the Supreme Court direction and reduced fuel prices by passing the benefit to the people, the Judiciary would have been able to take the burden off the litigations by the foreign banks.

Following three fundamental rights petitions filed by UNP MP Ravi Karunanayake, Ven. Thiniyawela Palitha Thera and Laugfs Gas Chairman W.K.H Wegapitiya, the Supreme Court suspended the payments in the Hedging deal and the next step would have been taking the relevant banks before the country’s highest court.

The Supreme Court on November 28, 2008 ordered to suspend CPC chairman and suspend all payments by the CPC to the respective banks on account of Hedging instruments.

“Even at that point the government was collecting huge taxes from fuel and we requested the government to reduce it to Rs. 100 and give the benefit to the people. But the Cabinet headed by the President refused to do so,” the former CJ said.

When the court proposed to reduce fuel to Rs. 100, the government was getting a nearly 100% extra tax benefit by selling fuel.

“When this was informed to court, the counsel for petitioners stated that the purpose of their cases was not to create a conflict between the government and the judiciary and they opted to withdraw the cases which resulted in lifting the restraining orders against the CPC and its officials,” Sarath N. Silva said.

That was during the peak of the war and the people were in favour of the government and the former CJ said had he gone against the government he would have been branded as a traitor at that stage.

Subsequent to the withdrawal of the Supreme Court cases, the Central Bank on the advice of Attorney General Mohan Peiries decided that they would not pay the banks.

“Later when Nihal Sri Amerasekara filed another action when the arbitration case was filed in the international courts, the Attorney General in open court making submissions said that he was confident about winning these cases,” Mr. Silva stated.

The former CJ also said the government had incurred a huge loss by going to fight this case as the legal fees itself had amounted to nearly Rs. 200 million.

On Monday, July 11, in the case filed by Standard Chartered Bank before the Commercial High Court London, the CPC lost on all counts.

3 Responses to Order will influence other cases – former CJ