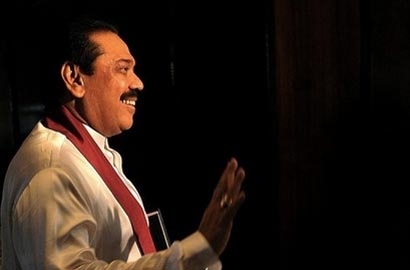 Due to security concerns surrounding President Mahinda Rajapaksa’s visit which have recently been brought to our attention by the police, the Union has regretfully found that the talk is no longer practicable and has had to cancel his address, states a media release from the Oxford Union.

The statement in full:

Statement from The Oxford Union on the visit of President Rajapaksa, December 2nd 2010

Earlier this year, The Oxford Union invited the current President of Sri Lanka, Mahinda Rajapaksa, to address our members at a date convenient to him. The Union has a policy of inviting a broad range of prominent politicians and heads of state from around the world and the invitation to Mr. Rajapaksa was made within the context of this policy.

Since the invitation was first accepted by Mr. Rajapaksa, the Union has consulted extensively with Thames Valley Police as well as the Sri Lankan High Commission in London on security arrangements for the President’s visit. Due to security concerns surrounding Mr. Rajapaksa’s visit which have recently been brought to our attention by the police, the Union has regretfully found that the talk is no longer practicable and has had to cancel his address.

This decision was not taken lightly and the Union deeply regrets the cancellation. The Union has a long tradition of hosting prominent speakers and upholding the principles of free speech. However, due to the sheer scale of the expected protests, we do not feel that the talk can reasonably and safely go ahead as planned.

The Union holds a politically neutral stance with regards to speakers and the decision was not made in relation to any aspect of Mr. Rajapaksa’s political position, the policies of his administration or any allegations against his government. As the President of Sri Lanka for the last five years, the Union felt that Mr. Rajapaksa would provide a unique insight into the political climate of the region in his speech. The Union wishes to apologise to our members for this unfortunate cancellation.