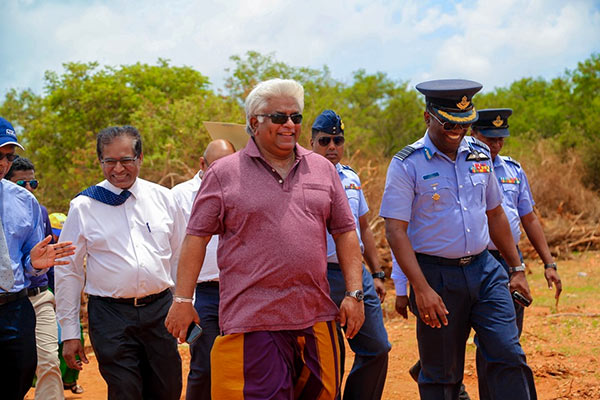 Minister of Transport Arjuna Ranatunga says steps will be taken to rename the Palali Airport as the Jaffna International Airport.

Issuing a statement, the Minister said the approval of the Cabinet of Ministers has been granted to rename the airport.

The development of the Jaffna Palaly Airport as a regional and an International airport which previously functioned as a domestic airport commenced on July 5.

The development work is to be completed by the 10th of this month and is scheduled to be opened as the Jaffna International Airport by the President Maithripala Sirisena on the 17th of this month.

Accordingly, the number of international airports in Sri Lanka will be 5.