Pallewatte cries foul over the behavior of some private media 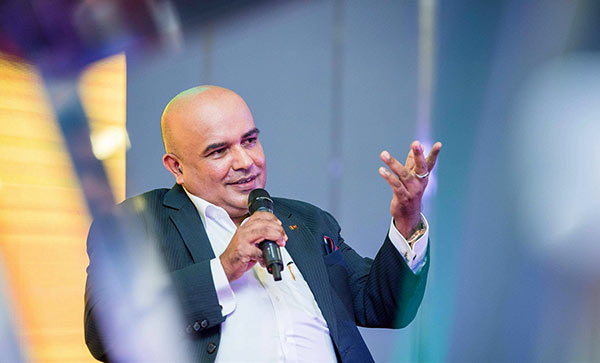 Addressing a rally held at the Galle Municipal Grounds last Saturday (26), presidential candidate of the National Development Front Dr. Rohan Plallewatte criticized the behavior of some private media channels saying “it is blatantly biased and unjust”. He further said that this necessitates prompt action by the election commission to ensure a free and fair election.

“Some private TV channels devote over 60% of the news coverage time to promote one candidate of their choice”, said Pallewatte. Citing a judgment delivered by Justice Mark Fernando in the past, Pallewatte said, “the air space, whether it is operated by a public or a private provider has to be considered as public property. During election time it has to be utilized in a just manner giving coverage to all contestants. Thus, it should not be abused.”

He gave another example where a popular Sinhala daily, which charged Rs. 1.2 million for a full page advertisement before the call for nominations, abruptly raising it to 14.3 million after the official announcement of nominations was made. Despite this price increase, there are many such advertisements appearing in the same paper, said Pallewatte. “This type of behavior of media breeds corruption among politicians,” he said.

Quoting the former Auditor General’s claim that out of the country’s Rs. 11.8 trillion total debt, only 1.2 could be was found the books, Pallewatte said that the funds which had gone unaccounted for may have helped the main candidates finance their campaigns. (PC)

Home » Pallewatte cries foul over the behavior of some private media