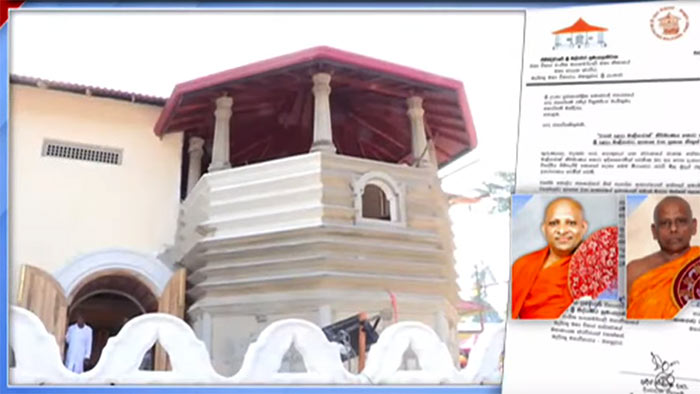 The ‘Paththirippuwa’ in Pothuhera, Kurunegala, a building said to be similar to the Temple of the Sacred Tooth Relic (Sri Dalada Maligawa) is currently being demolished.

Currently, a special investigation is underway by the Criminal Investigation Department (CID) following the complaint from the Mahanayaka Theras.

Later the President Ranil Wickremesinghe directed the Inspector General of Police (IGP) to initiate an immediate inquiry into the complaint.