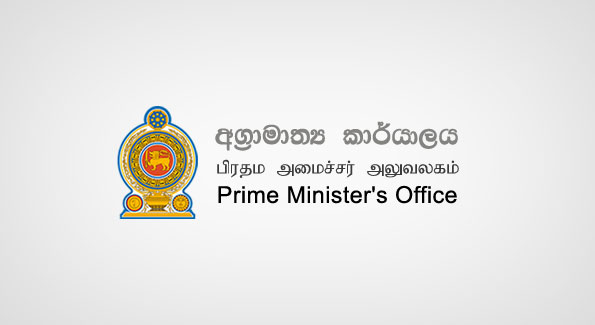 The manner in which the Bond issue was investigated and the commitment to identify those responsible demonstrated the democratic and law abiding nature of the Yahapalana National Government. We now hope that the Attorney General’s (AG) Department will do the same, said a statement released from the Prime Minister’s Office.

The Prime Minister’s Office further thanked the Presidential Commission on the work carried out for over 10 months.

President Maithripala Sirisena has already sent the report to the Office of the Attorney General.

Further on the advice of the Prime Minister, JVP MP Sunil Handunnetti’s COPE Committee report on the Bond issue released on October 31, 2016 has also been sent to the AG.

“The Prime Minister in December 2016 asked the AG to take legal action against officers responsible for the irregular issue of bonds and the issues surrounding it”, explained the statement.

Accordingly the AG has been directed to take action against the perpetrators of the bond issue, in December 2016 by the Prime Minister and the President in 2018.

The Yahapalana Government also plans to investigate and take legal action against those who have committed wrongdoings and engaged in corruption through the issuance of bonds from 2008, it said further.

“It is our hope that instead of the mudslinging and campaign of misinformation carried out by the previous government, we would now have an environment where legal proceedings can be carried out in an independent manner”, said the Office of the Prime Minister.