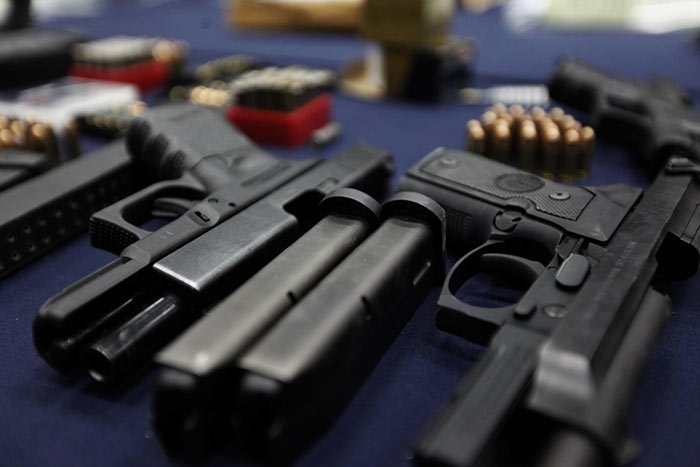 Those who possess illegal weapons would be charged Rs. 10,000 fine and or five-year rigorous imprisonment if it is the first offence, the Defence Ministry said.

The Ministry said that firearms amnesty was declared from February 5 to 12 following the directives of President Gotabaya Rajapaksa to collect all illegal firearms in the country.

With the conclusion of the week- long firearms amnesty, the Police together with other intelligence agencies have commenced raiding illegal firearms.

Under the provisions of the No.33 of Firearms Ordinance 1916, possessing weapons without licence is a punishable offence and liable to fines or imprisonment or both.

“Those who have not handed over their weapons with no valid permits, if it is the first offence, they will be fined not exceeding Rs. 10,000 or with rigorous imprisonment for a period not exceeding five years or with both such fine and imprisonment, the Defence Ministry said.

Meanwhile, a total of 200 illegal firearms have been handed over to Police stations across the country during the week-long firearms amnesty.

The Defence Ministry said that the firearms amnesty was declared to ensure public safety and curb threats posed by such unauthorised weapons.

“No legal action have been taken against those who have handed over their weapons without valid permits or without renewals but we will take stern action against those who are still hiding weapons illegally,” Police Spokesman SP Jaliya Senaratne said.

However, the Defence Ministry requests the public to provide information about those who still keep illegal firearms in their possession after the amnesty.

2 Responses to Police and intelligence units to raid illegal weapons