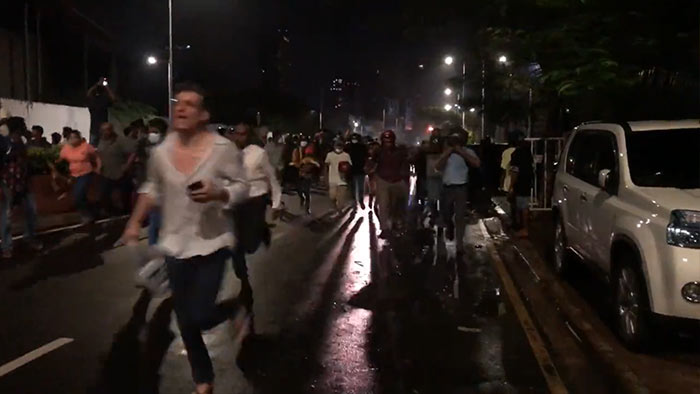 A police officer who was injured during the tensions at the Temple Trees last night (May 09) has reportedly died.

Hospital sources said the police constable was admitted to the hospital with wounds suspected to have been sustained due to an explosion of a tear gas grenade near Temple Trees and died on admission to the hospital.

In the meantime, an anti-government protester who was at the GotaGoGama protest site in Galle Face Green has also passed away due to a heart attack, while receiving treatments.